The British Bus Breaks for Summer!

July and August will not see any performances by the British Bus. The original project was slated to end in June 2007, but we have been greatly encouraged to continue by the children, schoolteachers and principals whom we were proud to have in our audience. We remain hopeful that we will be able to secure additional funding in order to continue the project from September 2007. Thank you for your support! 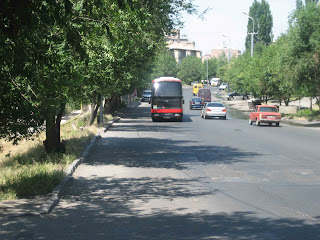 The British Bus Wraps Up June 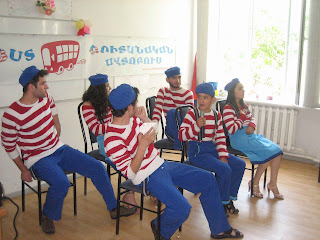 The British Bus completed its series of performances in the second half of June with plays for the children at Aregnazan school, the Ajapnyak Children Care Centre and Zeitun, where beneficiaries of the organisation SOS had gathered. We got very positive feedback from all the children. Nothing is more reassuring than the smiles on the faces of our audience and a display of the knowledge that they have gained from our performance! 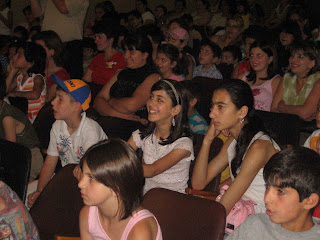 Posted by Bus Conductor at 7:58 PM No comments:

The British Bus at Mkhitar Sebastatsi! 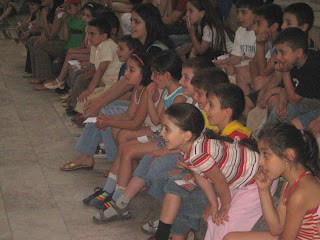 The British Bus went to the Bangladesh district of Yerevan today to perform at the Mkhitar Sebastatsi educational complex. We had an audience of about 100 eager young faces. The topic for the day was about keeping the environment clean, and our life-sized trashcan spoke to the children about how important it is to clean up after ourselves. The children had a chance to put their knowledge into practice at the end of the show by cleaning up the litter on stage. 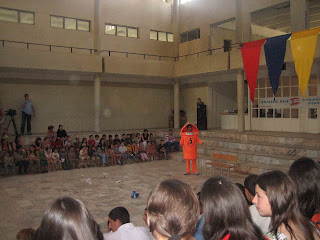 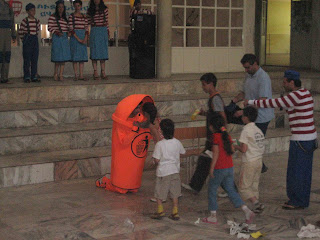 Thank you to everyone at the Mkhitar Sebastatsi educational complex!
Posted by Bus Conductor at 11:33 PM 1 comment:

Another place we love visiting is Zatik. It was our second visit there. The children were very happy to see us again and even talked about how they had loved making the paper-toy British Bus that we had left them last time. This time our performance was about pluralism and the importance of respecting differences among people. 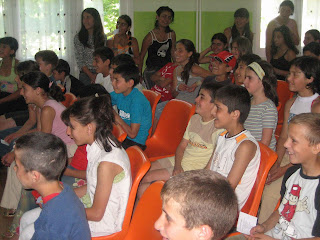 Posted by Bus Conductor at 11:30 PM No comments: 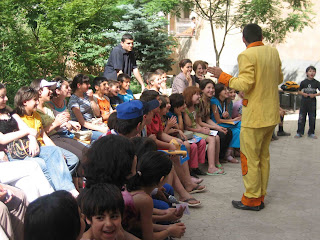 We love the children at Orran, and it shows!

The British Bus was at Orran again today and this time our performance focused on pluralism and diversity. The children agreed - it's OK to be different, and there is no need to make fun of someone just because he or she is not the same. The world would be a very boring place if we all looked, talked, dressed and thought alike! 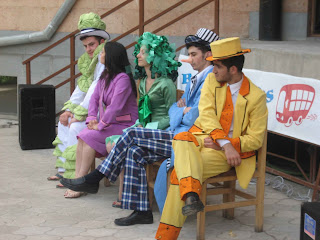 Keep smiling!
Posted by Bus Conductor at 7:43 PM No comments:

The British Bus in Gyumri! 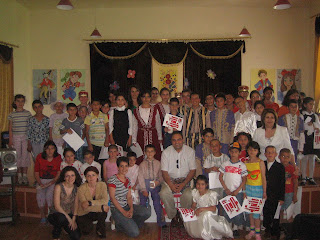 Yes, the British Bus left Yerevan for the first time on Saturday, June 2. We visited the Trchoonyan Orphanage in Gyumri and were very warmly received by the children and administration there. The children put on a performance that showcased, in the words of Richard Hyde, the Deputy Head of Mission at British Embassy Yerevan, "The best of Armenian culture in the space of only an hour." Their performances - all the songs, instrumental musical pieces, dances and recitations - all but eclipsed our own play. There were so many photos from this day that it was a real task to choose which would go on the blog! 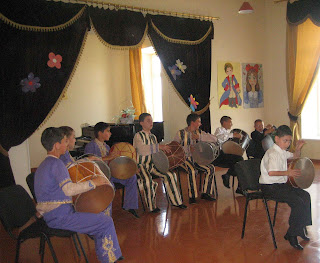 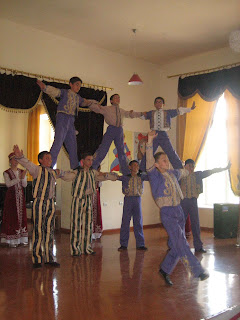 The British Bus group talked to them about traffic rules and regulations for pedestrians, and the children were very active in answering questions and reproducing the information that they had been given. Around 80 children were present and almost all of them were talented in one way or another. 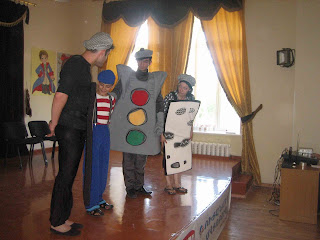 Thank you to everyone at the Trchoonyan Orphanage! 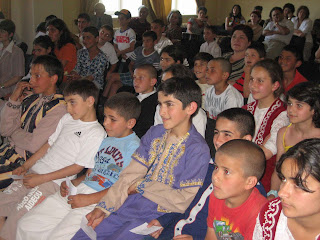 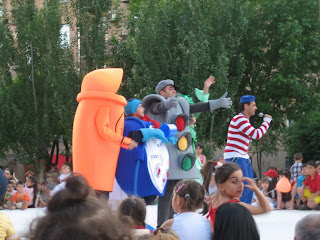 Everyone at the British Bus would like to wish you a happy Children's Day (no matter how old you are!). On June 1, the whole world focuses on Children's Rights and on protecting the little citizens of Planet Earth.

The British Bus joined the annual celebratory event in the Cascade area, in a medley performance that featured the most colorful costumes and charismatic characters the project has produced. There were hundreds, if not thousands, of children present and the noise level was unbelievable! Some of the audience members enthusiastically joined in with our characters and danced on stage. 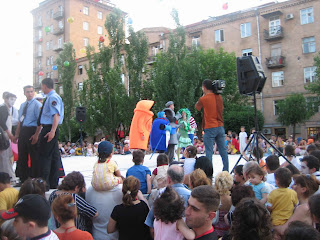 Posted by Bus Conductor at 5:14 PM No comments:

What is the British Bus Project?

The British Bus Project was undertaken by the British Embassy in Yerevan, Armenia in 2006. The project aims to use short theatrical performances to promote ideas of civic responsibility and good governance in young Armenians. It is being realised in collaboration with the Theatre for Change - a group of young Armenians dedicated to making a difference through theatre! Click here for more information.